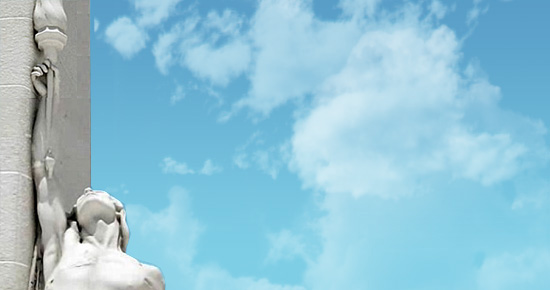 At the base of the pylons is the Torch Bearer standing near a statue of a young dying soldier. The Torch Bearer has taken the torch from the figure of the Spirit of Sacrifice. He then takes up the fight, and strains up to the highest points on the twin white pylons toward the eight figures representing The Chorus.

This is a reference to one of the most famous poems of the First World War, 'In Flanders Fields,' by the Canadian Army Medical Corps officer, Lieutenant-Colonel John McCrae.